When Allison Ferreira was appointed Town Clerk for the Town of Middleborough, MA in 2011, she faced the daunting task of bringing the Town’s bylaws into line with modern day technology and with the changing needs of the Town and its constituents. For many years, the Town had maintained and managed its bylaws using a small in-house committee. As bylaws were added or appended, the Town Clerk entered them by hand into Excel spreadsheets and uploaded them to the Town’s website. Over time, this manual process resulted in a number of errors and inconsistencies. Additionally, the physical task of finding the most up-to-date bylaw information became nearly impossible for staff and constituents. “It was becoming a nightmare—I was determined to find a better way,” says Ferreira.

The Solution: A Dedicated Codification Partner

Ferreira studied how other municipalities were addressing their code issues and attended conferences to learn new ideas. At one conference, she met a representative from General Code. Ferreira mentioned her struggle with the Excel files and expressed that the situation was far beyond anything she could fix on her own. It was then that Ferreira learned more about the benefits of moving away from an in-house solution to a dedicated codifier that could manage her code and make it more reliable and accessible.

Energized by the possibilities, Ferreira created a new Bylaw Study Committee, appointed by the Board of Selectmen, authorizing the committee to update, organize and codify the Town’s Bylaws. General Code was contracted to take on the codification project. “I went before every board and commission in town that I could, I involved every department to make sure we were transparent and had everyone on board before we could move the project forward. It was almost like an act of Congress, but well worth the effort,” says Ferreira.

The Result: A Code That Middleborough Can Count On

General Code worked collaboratively with the Town through the entire codification process and provided an Editorial and Legal Analysis, Preliminary draft and final draft, all of which were reviewed by the Bylaw Study Committee, Town departments, public bodies and Town Counsel. Once final changes were completed, Middleborough’s new code was made accessible online on General Code’s eCode360 platform and in print form for staff use. Shortly after, the code was unanimously approved and adopted at a special Town meeting. “The entire process went relatively quickly with the amount of material that we had to work with. The Bylaw Study Committee and I take great pride in this project and appreciate the collaborative effort put forth by everyone involved. It is one of the proudest accomplishments I have had in my tenure as Town Clerk,” says Ferreira.

Others share Ferreira’s enthusiasm. “I’ve had positive feedback from staff, constituents, and my Town Manager and the Board of Selectmen. My assistant also told me she had a constituent come in asking when the planning board was established. All it took was a quick search on our eCode and she was able to immediately respond to that person. It’s definitely made us more efficient,” says Ferreira.

Exciting and Empowering the Community

The media also weighed in on the change. “We had a wonderful article about the project written in our local newspaper by one of the editors who expressed how pleased he was with the Town moving forward with technology. Our residents and visitors now have the ability to go onto the Town website and easily access our Town Charter, Zoning Bylaws and General Bylaws. It was truly an honor to work with General Code on the Codification project. We sincerely appreciated their responsiveness and quality of service ,” says Ferreira.

General Code helped the Town of Middleborough better serve the public with a more reliable and accessible eCode. Learn how we can help your community. Contact us today. 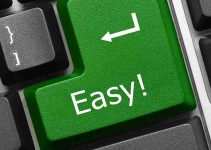 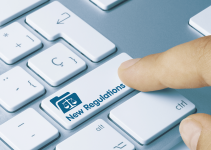