The Municipal Clerk truly is a community’s jack-of-all-trades, often overseeing multiple departments and performing numerous tasks daily to keep local governments and public services running smoothly and efficiently. Conversations With Clerks is a new DeCoder series in which we talk with Municipal Clerks from across the country to learn more about their unique experiences and what it takes to be effective and successful in their roles.

Can you give our readers a little background on your municipality?

The City of Frontenac is located in St. Louis County, Missouri. The county is actually made up of 89 small municipalities and we are one of them. We have about 3,500 residents and 53 full-time municipal employees. We have our own police and fire departments and our own public works department. We’re very blessed because we have a very large tax base and excellent shopping areas with high-end retail. We have Saks Fifth Avenue, Neiman Marcus, Tiffany, Lululemon – and very, very good restaurants. So, our town is a destination spot for a lot of people in the county.

How did you get to your current position?

I started in February 1991 as a police dispatcher here in Frontenac. I did that for a little over five years. It was a good job but rotating shifts every 28 days made it hard. I told myself, ‘I need a life’ because I just missed out on a lot of family things. From there I took on the role of court clerk. I did that for four-plus years. In June of 2000, the mayor appointed me City Clerk and I’ve been in that position now for 22 years.

What are some of your duties as City Clerk?

I take on a lot of roles. I oversee the elections. I handle record requests. I also put together the board packets. I work with the Board of Aldermen, the Planning and Zoning Commission and the Ways and Means Committee. I am also responsible–because we’re such a small community– for all of our business licenses and liquor licenses. I process workers comp claims. I do all the car registrations and hold all of the vehicle titles. I’m also the keeper of any official records. If it gets busy, I’ll even go downstairs and answer the phones and work at the counter. So pretty much anything that comes up, I’m happy to help if needed.

I think that the interaction with the public is my favorite thing. The residents all know me since I’ve been here so long and now people just come in and say, “I need to talk to Leesa, she’ll fix my problem.” Long-term working relationships with my fellow employees is another thing I love. I was dispatching for our current police chief when he was a young rookie police officer. Now 31 years later we’re both still working together. He’s Chief of Police and I’m City Clerk –that relationship, will always mean a lot to me.

In what ways has the job of clerk changed over the years?

I think there’s more knowledge at your fingertips. And there’s more technology that makes the job easier. Where we used to print out and collate packages to send to the board, we can scan records and do things electronically. And we have things like agenda management software to keep us on track instead of doing it by hand. But we still do use a fair amount of paper. They used to say computers are going to get rid of paper completely, but that’s not the truth!

Speaking of technology, I understand that you have an online code – eCode360®. How has it impacted your job over the years?

It’s [made it] much better. I still have my paper code book but now everything’s on my desktop. You can look up something with key words and it’s right there. We can email [a link to code information] right out to the resident who had a question. It literally takes seconds instead of physically finding something, pulling it out [of the code book] printing it, scanning it, etc. So, it’s a great, great, great tool.

The codification process is so much easier too. We codify once a year and [General Code] adds our new laws in eCode so we are always up to date. We do a big supplement every year too. [General Code] will just contact us and say ‘hey, we’re ready to update.’ I love that because I don’t have to call and contact them. It’s already on the schedule — it’s perfect They’re very proactive. We’re talking about doing a complete code review in the near future. We haven’t completed one since the late 1990’s so it’s going to take some time and our city attorney will need to be involved.

How important is to you that your community keeps your code updated?

It’s very important. Residents need to have the most up-to-date information and they get it from us because we are good at keeping the code current. And when [residents] don’t have to question if they are getting the right information, it’s great for them and us.

What’s the best advice you would give to a clerk who is just starting out?

Don’t get involved in politics! That’s not for us. You know, you can have an opinion about something that they’re legislating or they’re talking about, but your job is to help the community and the residents. Second, I’d say, find a good mentor. All clerks have been there so no question is wrong. We understand what that first meeting feels like, that first training session, that first day on the job and we’re just here to help. I mentor in the St. Louis area across the state and then I also volunteer as a mentor with IIMC. Also, I’d say get involved in associations and meet people in the field. Those relationships are really valuable.

How important is education?

It’s important to learn and evolve in this position. When I first started most of the clerks working didn’t have college degrees. Now most of them do, and some of them are going on to get advanced degrees, master’s degrees. Certifications are important as well. I’ve gone through the process for IIMC as well as the State of Missouri. I was a Certified Municipal Clerk first and that’s the first level of certification at IIMC and now I am a Master Municipal City Clerk. That’s the top-level certification with IIMC — I received that in 2011. I still attend IIMC conferences for education. With the State of Missouri certification, I have been certified as a Missouri Registered City Clerk and the top designation,  Missouri Professional City Clerk.

Understand the importance of your role. Take it seriously because what you do impacts a city and a lot of people. Also go to training and find a mentor, ask a lot of questions. We’re all here to help one another! 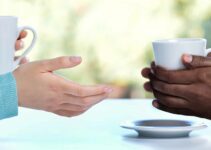 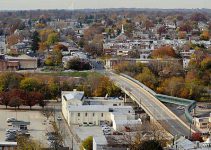 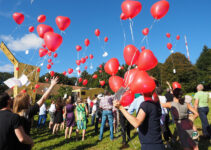