The state of Texas has a unique statute that allows a county to adopt its own fire code if it has a population of 250,000 or is adjacent to a county of that size. There are numerous Texas counties that currently do not meet the state statute, however Guadalupe County is adjacent to Bexar County so it is able to adopt the 2003 International Fire Code (IFC) or any version after that.

Guadalupe County can make local amendments to the IFC by creating a separate document that is used with the existing code book. The document, which can range from dozens to hundreds of pages, confirms that the county is adopting the code and includes local rules for enforcing it. This approach has proven to be source of confusion and frustration for some fire officials, who often find themselves repeatedly jumping between the code book and the document to cross reference amendments with the existing code.

With a new round of code changes on the horizon, Guadalupe County Fire Marshal, Patrick Pinder, sought the advice of a fellow fire official, Nathan Mendenhall of neighboring Bexar County. Mendenhall was facing a similar situation with local amendments and was open to a solution that could benefit both counties since they share a common border. At the time, he had been exploring a digital solution with the International Code Council and General Code called Custom Local Building Codes (CLBC). Mendenhall was enthusiastic about the idea. “What CLBC does is it takes all the amendments and puts them into a single document with the entire code. So instead of needing a separate document to go along with your big code book, everything is in a single location online,” said Mendenhall.

Being able to access the code and amendments in familiar ways makes it that much easier for officials and end users to find the information they need
patrick pinder
fire marshall, guadalupe county

Not long after his initial conversation with Pinder, Mendenhall took a position at the Fire Marshal’s office in Guadalupe County where he was given the green light to continue working on the CLBC solution. This time the focus would be on a single solution for Guadalupe County.

Pinder says that having a good mix of ways to access the code and amendments was a key benefit of CLBC. “Some of our fire officials prefer the hard copy book, some like the PDF. Others want both. Being able to access the code and amendments in familiar ways makes it that much easier for officials and end users to find the information they need,” said Pinder.

Fire officials, developers and other users have begun seeing the benefits of having a consolidated accessible digital code at their fingertips. “If you are in a construction meeting and have a code question, you can go on an iPad or a tablet or a laptop. You can pull up the PDF of the code, quick reference it, and make any changes as needed. If the Fire Marshal is there, and you had a question or concern, your interpretation of a specific item could be established at that point by being able to quickly access the code.” Says Pinder.

Pinder and Mendenhall applaud the teams at ICC and General Code for helping the county make a smooth transition to a CLBC. “The overall experience was, was very, very satisfying. My point person was highly responsive — it was a seamless transition,” said Pinder.

“Even with some delays from COVID-19 — which kind of rocked all of our worlds–everything else was great. It took about a year to get all the documents together and to go through the them. In the end what was nice, was that we could merge amendments into the main code document which was our goal,” said Mendenhall.

Guadalupe County’s CLBC story is one that Pinder hopes to share with other counties. “I work with a number of Fire Marshals in my area so I will definitely recommend this to them.  And now Nathan is fire marshal of Hays County, just north of me. So hopefully he will continue to work with you guys on this,” said Pinder.

Pinder is also hopeful that several neighboring counties will eventually work with a single code with the help of CLBC. “If we all have the same amendments, it would work out great for the end user. It would really make sense,” said Pinder.

General Code is helping Guadalupe County, TX by providing a fast and efficient solution for making local amendments to their International Codes (I-Codes). We can do the same for your community. 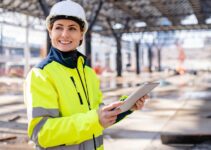 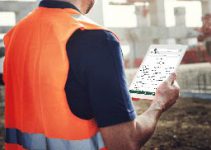 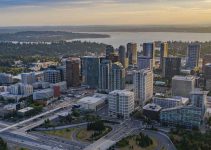