Legislating in the Drone Age

Should drone technology be tightly regulated—or not at all? State legislatures are grappling with this issue in an attempt to balance public safety and privacy concerns with the enormous economic potential of the industry.

A hum of success in the air

Unmanned Aerial Vehicles (UAVs), more commonly referred to as “drones,” are taking to the skies in record numbers as citizens and businesses seek new ways to put them to use for fun and profit. Even if you don’t own a drone yourself, chances are your daily life has been, or will soon be, touched in some way by this exciting and quickly maturing technology.

In the agriculture industry, for example, an increasing number of farmers who grow the food we eat have found that using drones can help them better monitor bug infestations and drought conditions that can affect crop yields. First responders are putting drones to work to protect the public and fellow responders during fires, floods and other disaster situations from high above the danger. Giant retailers like Amazon have already begun experimenting with factory-floor-to-front-door delivery of consumer items via drone. Even colleges and universities are teasing prospective students with dramatic aerial 4K video images of pristine campuses and historic collegiate architecture from—you guessed it—a drone.

The possible uses for drones seem to be limitless, and the interest in them doesn’t seem ready to slow down anytime soon. The FAA Aerospace Forecast for fiscal years 2016 to 2036 projects that sales of small drones will increase from 2.5 million in 2016 to 7 million in 2020. A recent report from the Association for Unmanned Vehicle Systems International (AUVSI) projects that by 2025 more than 100,000 jobs will be created with an economic impact of $82 billion.

State legislatures across the country are debating if and how drone technology should be regulated, taking into account the benefits of their use, privacy concerns and their potential economic impact. So far, 40 states have enacted laws addressing drones, and an additional three states have adopted resolutions. Common issues addressed in the legislation include defining what a drone or UAV is, how they can be used by law enforcement or other state agencies, how they can be used by the general public and regulations for their use in hunting game.

Protecting aircraft from stray drones that enter busy air corridors is a major safety concern. Because the U.S. National Airspace System (NAS) is regulated by the Federal Aviation Administration, the FAA has the primary authority to regulate drones and their operation in the national airspace. The definition of the national airspace has evolved over time through court rulings and federal legislation, but the FAA’s authority over the NAS has remained.

To promote responsible drone operation, the FAA partnered with industry associations in the Know Before You Fly campaign. Currently, Alaska appears to be the only state listed as a supporter of this campaign. The campaign includes information for recreational users, business users and public entities, and also provides information about drone registration. B4UFLY, a smartphone application created by the FAA, “helps unmanned aircraft operators determine whether there are any restrictions or requirements in effect at the location where they want to fly.”

The National Conference of State Legislatures (NCSL) has compiled a report, “Taking Off: State Unmanned Aircraft Systems Policies,” that thoroughly explores state and federal policies related to drones. A 2016 update to this report is now available.

To learn more about drone laws in your State, go to the State Drone Law Database. 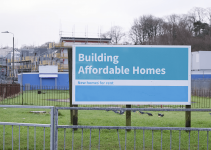 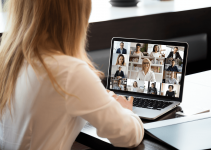