Putting A Leash On Puppy Mills

Across the country, cities and counties are taking a stand against the controversial puppy mill industry by adopting retail pet sale bans.

Dogs are family. Like any family member, they need and deserve our love, care and protection. Unfortunately, too many dogs will never know this kind of affection and security. They are innocent victims of high-volume puppy mills, a callous and shadowy industry where thousands of dogs are bred purely for profit, often in unsanitary conditions and without proper veterinary care. Dogs that are being bred are seen as expendable and when they can no longer produce puppies, they are discarded – often in cruel ways. The puppies themselves are frequently being sold with hidden diseases and genetic defects that can shorten their lives and affect other dog populations.

According to a recent report from the Humane Society of the United States:

Owners of puppy mills have attempted to deflect from the hidden cruelty of their industry by selling their puppies via legitimate consumer outlets. Many consumers have purchased these puppies not knowing the animal’s origins or breeding conditions. According to The Puppy Mill Project, an advocacy group for ending the puppy mill industry:

Puppies bred in mills are shipped all over the country. For example, puppies bred in the Midwest may be shipped on trucks to southern California or Florida. The shipping conditions are often inhumane. Some puppies can be forced to go up to 12 hours without food or water, and they are confined in a small space where diseases can be easily transmitted. Many puppies do not survive.

Across the country, cities and counties are taking a stand against the puppy mill industry by adopting retail pet sale bans. These laws make it illegal for pet stores to sell dogs and cats (and sometimes additional animals) sourced from large-scale commercial breeders, and instead require them to offer animals available for adoption from rescues and animals shelters.

In 2017, California made history when it enacted AB 485, the first state law to prohibit pet stores from selling commercially-bred animals. California is the first state to enact a retail pet sale ban and hundreds of cities and counties, including Chicago and Philadelphia, have adopted similar ordinances. This year, New York State followed suit enacting its own legislation to protect animals and consumers. And the good news is that even more states are taking action.

Want to join the fight?

There are a number of organizations where you can donate your time and money to help put an end to the puppy mill industry. Any of these groups would welcome your support:

Bailing Out Benji:
Their outreach programs include speaking at events and staging peaceful pet store demonstrations to educate people about the connection between pet stores and puppy mills.

National Mill Dog Rescue:
They have rescued more than 11,000 dogs and continues to educate the public about the plight of animals trapped in puppy mills.

If your community is thinking about updating animal legislation, we can help.

We can take you through all the steps to supplement your Code should your community decide to enact new legislation to combat the puppy mill industry.

For eCode360 clients, a good place to start is the Multicode Search feature. By using it, you can browse our entire database of more than 2,200 eCodes to find animal legislation in nearby communities that you can compare to your local laws or to use as samples for developing new legislation.

Animal Legal Defense Fund, Cities are Fighting Back Against Puppy Mills – But Some States Won’t Let Them. 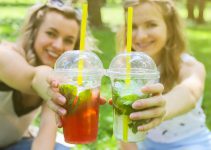 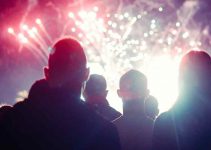 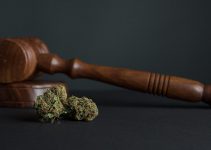